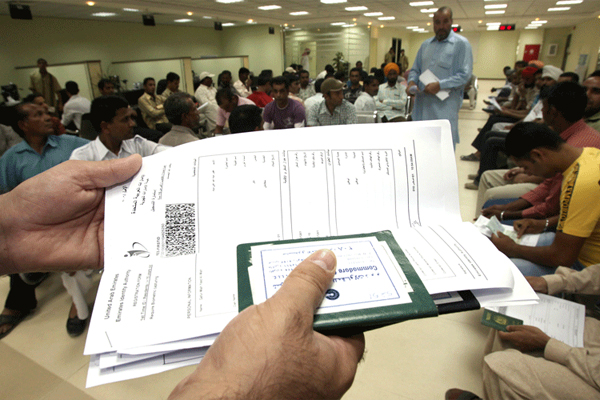 For those people who are seeking amnesty, you need to contact Shahama Centre of Abu Dhabi in case they are looking for an outpass for leaving the country, according to a senior official of the Federal Authority for Identity and Citizenship at the Shahama Centre for amnesty seekers.

Previously, people looking for amnesty were allowed to submit an application for six-month visa for jobseekers and obtain an outpass at the Shahama Centre. However, from last Sunday, the centre had stopped accepting such applications and people were directed towards Tasheel or typing centres as it makes it convenient for them, said the official.

The documents of people looking for amnesty get assessed at the Inspection & Follow Up section of the Immigration in Shahama Old city.

In an interview with Gulf News, the official said, “If you got a new employment to stay back in the UAE, you need to go to Tasheel centres in Abu Dhabi and submit documents and there you would get the residency visa through hassle-free regular procedures online.”

Adding more, the official forced the amnesty seekers to head towards Shahama Centre in case they have an Abu Dhabi visa. On the other hand, for people whose visas are issued by other emirates, need to visit their respective emirate’s amnesty centres.

The official said, “Now we have received so many people from other emirates whose visas were issued from Dubai or other Northern Emirates, they should visit centres of that emirate.” For all those residents who overstayed in the country and violated the visit and tourist visa rules should go to Tasheel centres, if they want to stay further in the country.

However, if they are looking to leave the country and want an outpass without ban they they need to visit Shahama centre.

From Monday, diplomatic missions from different countries will be entertaining their respective country people on separate counters setup inside the Shahama Centre. These counters are setup to facilitate the people of diverse nationalities and let them benefit from amnesty.

The official of the Shahama Centre of Abu Dhabi said, “We will have counters of different missions that include India, Pakistan, Sri Lanka and Philippines. Missions’ representatives will entertain their people at different counters.”

After observing a heavy turnout of people looking for amnesty at Abu Dhabi, the Shahama Centre has opened up a new tent. The second tent accommodates about 300 people and the first one also accommodates the same number of people.

Teens under the age of 15 can apply directly from Tasheel or typing centres. Parents may not bring their children to the Shahama Centre. Giving his views on this step, the official of Shahama Centre said “It’s too hot and we don’t want families and children sweat out in the scorching heat, they can visit any Tasheel or typing centre to apply if they want to correct their residency status.”